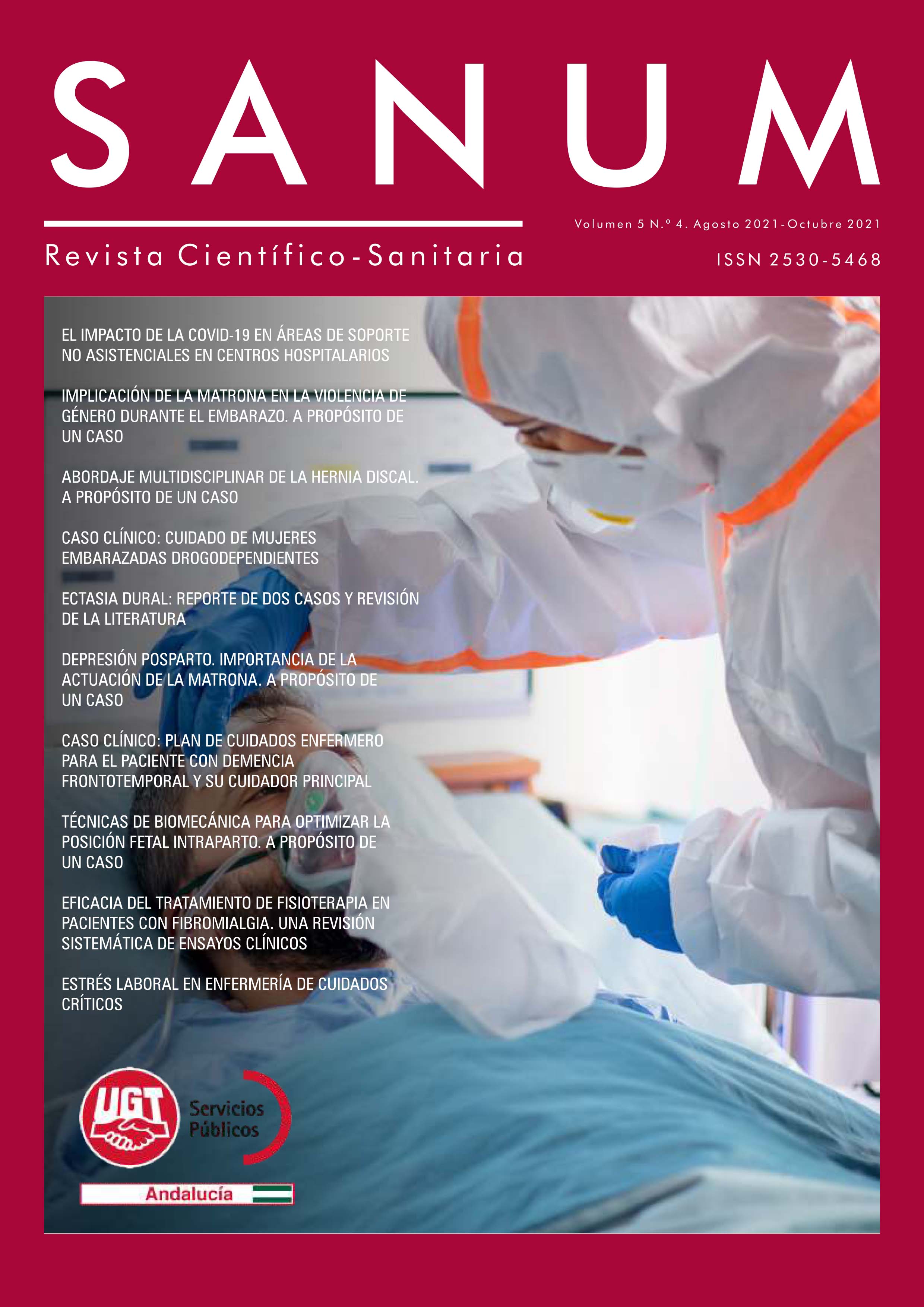 SANUM científico-sanitaria is a quarterly digital journal, with scientific articles of interest for the development of the different professional health areas. SANUM publishes original and unpublished articles, which are evaluated by the editorial and scientific committee.

Papers must meet quality, validity and scientific rigor standards to promote the dissemination of scientific knowledge.

SANUM is the scientific journal of health and expression of the Federation the Public Services of UGT Andalucia, of the health, social health and dependency sectors.

SANUM is a journal of open access (Open Access). All articles are accessible immediately and permanently to facilitate reading and downloading. Included in this Open Access process is the self-archive for the authors of published articles for inclusion in repositories.

The journal is distributed under the Creative Commons Attribution-NonCommercial- NoDerivatives 4.0 International licence.

SANUM is included in the MENDELEY bibliographic manager.

SANUM has obtained the signature DORA (Declaration of San Francisco that promotes an assessment of research based on the quality of the research itself).

SANUM is published quarterly in the last week of the months of January, April, July and October .

The journal is indexed in:
Catalogue 2.0 Latindex.

Under a Creative Commons license